Blog of the Bride: Part III

The month of August 2016 passed without my friends making an offer on the coveted property. While disappointed, ok, perhaps more like licking my wounds.  I completely understood from a business perspective. The purchase was a huge leap business-wise for the two ladies as well as their families and would require rezoning along with a multitude of other hoops to jump through. Things were put on the back burner for the fall. Which, if we’re all friends here, was a blessing in disguise.

As it turns out starting a new life, complete with a move to a new town, blending 4 girls, combing lives with a new partner and purchasing a home in the span of only a few months was more than enough. Attempting to add marriage into the equation would’ve caused the entire thing, toothpicks and all to come crumbling down. I missed my hometown I thought I was ready to flee, and everyone in it. I cried every single time I had to go to the new grocery store where I knew no one. Every time. I missed all of the little nuances and places that reminded me of various points in my life. I missed driving down Dayton Dr. and seeing my elementary and Jr High friend’s homes where we would jump on the trampoline until dusk and ride our bikes after dark to Fulmer. I missed Central where I plopped each girl in a stroller and would walk to the library, I missed my wine nights with my neighbor. I missed the stomach flipping possibility of running into someone I both wanted to see and did not want to see at every stop light in town. I missed passing so many of the spots where life altering events took place, particularly the last few years of my life. Those moments, unbeknownst to me, had become ingrained in my very soul.

I ripped off the Band-Aid, in typical Jessica style (see blog #2 for more info). Moving to Centerville, on paper, seemed like a logical step. After all, I’m fluid, I’m the queen of change, not to mention fearless. So, the leap was made. In the spirit of full disclosure, I would’ve followed my new partner into a blazing inferno. He had that “thing” the unexplainable, unnamed “thing” I had spent hours locked up with my best friend trying desperately to explain or put a finger on as I dismantled my former life. It was the #1 thing I was unwilling to settle for less in regards to my next (if ever) partner. That “thing” he embodied “it.”

He became my confidant, my rock and everything in between. The patience and understanding he displayed as I struggled like a flailing fish out of water in my new life was a game changer. I had lost faith in most everyone by the time he showed up on scene. His no-quit attitude toward life was very much as advertised. His kindness toward my children set the example for me to follow with his girls. His knowledge and life experience far superseded any other man I had come into contact with. It was easy for him to become my guidepost, my lighthouse in the distance.  In the months that followed from September until after the start of the New Year. I was in a whirlwind of hellish experiences and the prospect of nuptials, well, that was a distant memory. I wasn’t sure I wanted the title or the responsibility of wife/step-mother at all in certain moments. Enter Partington Spring House.

Even in the doldrums of winter, the home and property had this amazing standout quality, it just seems to grab you on a core level. Despite the beauty, the property was still on the market. In my industry, the technical term is functional obsolescence, meaning it just doesn’t function the way a typical home would. So this gem sat..... While I was reeling, my friends were researching and prepping to make a leap of their own. An offer was made, negotiations lasted days and was finally accepted. We celebrated as a group over one of our favorites, Wobbly Wheel from the Yellow Springs Brewery. Refueled with love and hope after many months of despair the idea of exchanging vows at what would become The Partington Spring House was back on the table. My fiancé was adamant, I was fluid, of course. Our upcoming trip to Cali would be a fantastic opportunity to commit to one another with a gorgeous backdrop, in a simple ceremony. A girl who thought she would exchange nuptials with the man of her dreams a thousand miles from home ended up almost steps from her own backyard. The last few years have been wrought with lessons, most of them hard. The most important just may be the beginning of understanding what the old-timers actually mean when they say, "you never know what is going to happen in life." 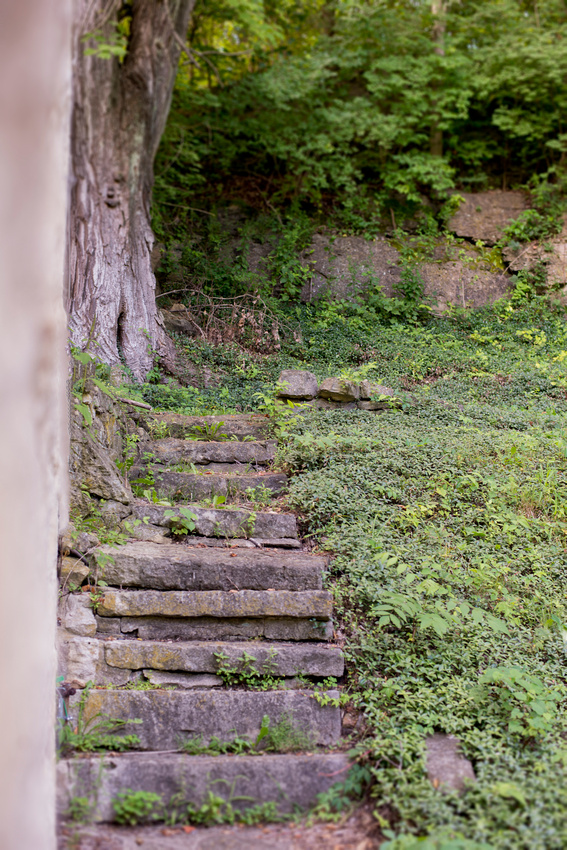